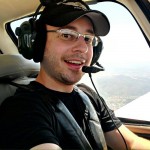 After studying Television and Video Production at Emerson College in Boston, Tom Ragazzo moved to Los Angeles where he has worked his way up from being a PA on feature films like ALONG CAME POLLY and BEWITCHED, to Associate  Producer on the hit NBC show PARKS AND RECREATION, where he’s in charge of all post production. Now in it’s 5th season, Tom is still with the show and handles the many day to day issues that come with taking a show from the footage that comes out of a camera, to the finished product you see on TV.

The Post Supervisor role is different depending on what type of show you’re working on. On reality shows, the Post Supervisor (or Sup) is usually the head of the post department. On scripted shows, the Sup is usually the second in command of the post department, right under the AP or Associate Producer. In the scripted world, a post sup will usually assist the AP with day to day tasks, keep watch over the post PA (production assistant), handle the paperwork and billing for the department and other office type responsibilities.

While each AP runs their department differently, usually you see the post sup handling the video side of finishing an episode. Once an editor and producer “lock” an episode, meaning they are happy with the edit and pass it off to get ready for air, there are a bunch of tasks that still have to happen before you see the episode on TV. Since a show is comprised of both audio and video, there’s substantial work that is done to each of those before air. So the post sup will sort of oversee the video work that happens. That includes things like visual effects and video clean up (meaning adding any CGI to an episode to create elements that weren’t physically there during shooting, or cleaning up the picture to remove any set elements that accidentally got in the camera’s way, like boom poles or crew members), or things like adding opening and end credits, etc. The sup doesn’t actually physically do the work, but they will go in and work with the artist to pass along info as to how the shot should look and then approve the work once done. All of this work eventually gets married back to the finalized audio that the sound team had been working on, and then it gets aired as the show you see on TV.

What are your duties as AP on Parks and Rec? What hours do you typically work?

As the AP, or Associate Producer, on Parks and Rec, it’s my job to oversee the entire post production department. Once the tape comes out of the camera on set, it is my job to make sure that tape goes through all necessary steps to turn it into a TV show.