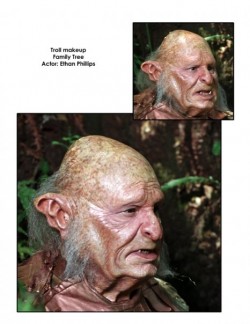 “Somebody is going to do it. Why not you?” That is what Scott Wheeler’s mentor told him in college. Now, after many years of professional make up experience, Wheeler is preparing to work on his dream job. I reached out to Scott after finding his credit on the popular Comedy Central sketch show Key and Peele (which is probably my favorite show on the tube right now). I had to meet one of the people responsible for transforming Keegan-Michael Key and Jordan Peele into dozens of unique characters every week. And, as it often turns out, when someone has worked on one TV show or movie that I like, he or she has almost always worked on something previously that I also enjoyed. Scott was kind enough to spend some time answering some questions for LCC.

What exactly does a makeup artist do?

The obvious answer is that we do makeup. It’s also really the only accurate answer since there are so many specific directions one can take as a makeup artist. A makeup artist doing strictly fashion is not really doing anything like what a makeup effects artist in a shop is doing. But it all still falls under the general umbrella of makeup. 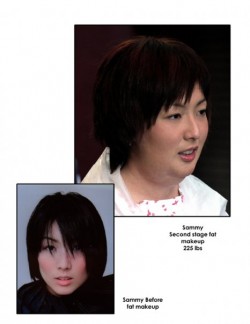 What are the differences between a makeup artist and a makeup department head?

What has your experience been like working on Key and Peele?

My experience working on Key and Peele has been pretty fantastic. We do work under difficult conditions with very limited budgets and very tight schedules. But there is genuine artistic and moral support from the top down. 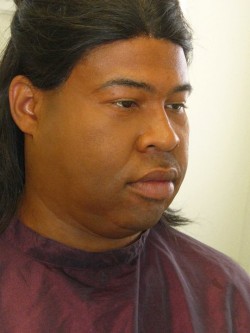 That goes a long way in countering the constraints of schedule and budget. Keegan and Jordan are two of the nicest guys I know and they love transforming into all these characters with makeup and hair. They both give us excellent input and are open to our ideas. It’s really a pretty amazing working relationship built on mutual trust and respect. I think ultimately it is our common goals that allow us to relax and all work together so effectively. Keegan and Jordan appreciate the value that makeup brings to their work and I think I have a pretty good understanding on what I need to bring to them that best supports their vision of the show.

I am originally from Los Angeles. West Hills to be exact. I am one of the few natives in L.A. working as a makeup artist. I suppose my career in makeup was really an unlikely one. It was one of those jobs I dreamed about while growing up but never thought it was a realistic possibility. I was majoring in architecture at Cal Poly San Luis Obispo but I was spending all my time in the theater doing makeups for all the plays and building a department for makeup that didn’t exist before I got there. Finally I had a sit down with my unofficial mentor at Cal Poly, Dr. Michael Malkin, and asked him what he thought of me trying to be a professional makeup artist. His answer was brilliant: “Somebody is going to do it. Why not you?” So I set my sights on the pursuit of a career in makeup. One great things about living in L.A. is that you know somebody who knows somebody. So even though I had no direct connections, my brother’s friend Pete Antico, who is a stuntman, knew a makeup artist who knew a makeup artist who was looking to teach on the side. I became his first student. That was Rod Wilson. After a year of taking lessons on the weekends I decided I wanted to learn the lab work. I made a bunch of cold calls and the man who opened his door to me was Tom Burman. He let me work at The Burman Studio in exchange for being taught the lab work. It was really an act of pure generosity on Tom’s part since I didn’t show all that much promise at first and had no real skills of value to him. Eventually I went from there to his brother, Sonny Burman’s shop. I have no idea what would have happened were it not for Tom and Sonny Burman. They gave me my start.

What has been your most difficult/challenging job?

It’s hard to pick a single most difficult or challenging job. Different jobs have been difficult and challenging for different reasons. Some reasons are easier to accept than others. One that comes to mind is CONAN THE BARBARIAN. 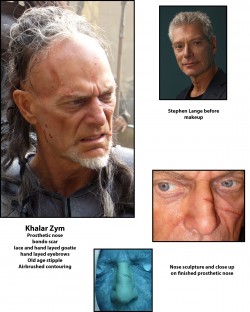 I really don’t want to go into too many specifics because I don’t want to offend certain people. The thing is, that was going to be a tough job without any unnecessarily imposed nonsense. Unfortunately there was a lot of completely unnecessary nonsense that made the job far more difficult than it needed to be. I think in some ways it was like one of those unwinnable scenarios that ultimately becomes a test of your character.

How do you choose what brands of make up to use?

The makeup materials and brands we use are most often discovered or developed by a sort of group effort from the makeup community as a whole. We are all trying new products and when we find something new and exciting we all spread the word. This sort of collective process is far better than anything any individual could ever do on their own. The state of the art of makeup has advanced more so because of this willingness and eagerness to share than for any other reason.

What show or project has been the most fun to work on?

There have been so many shows that were fun to work on. Key and Peele certainly makes the list. 300 was a magical show to work on. We knew we were doing something special and we savored it. 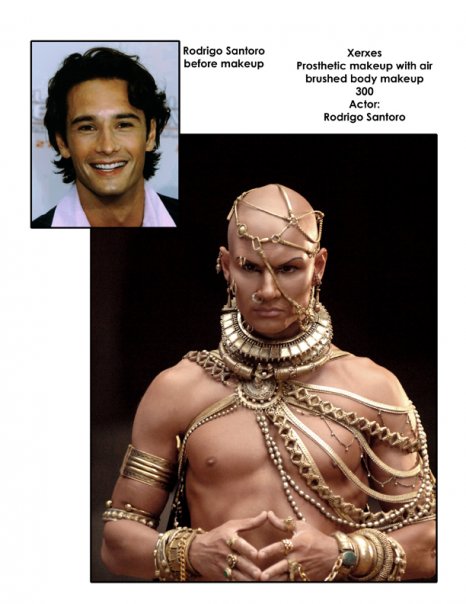 SKIN was also fun even though it was really tough. It was fun because I was supporting something that I felt really mattered and was helping out Alice Krige who is an amazing actress and a person who simply makes the world a better place by being in it. Of course my seven years at Star Trek was phenomenal fun. I was a proverbial kid locked in a candy store on that one. 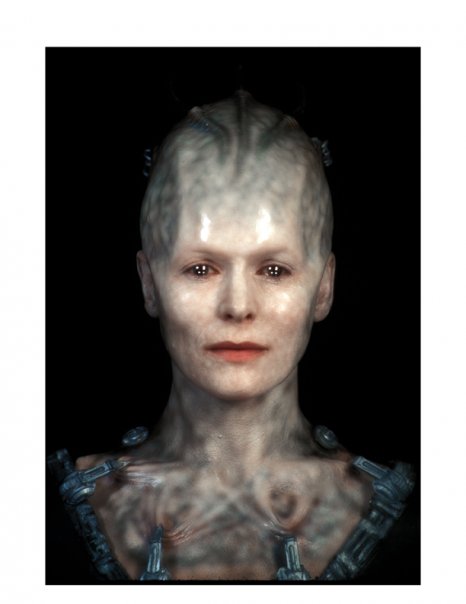 What is my dream job? I think maybe I am getting ready to work on my dream job. Next year I am supposed to do a biopic about Roberto Duran called HANDS OF STONE. Duran was one of my favorite athletes growing up. Gael Garcia Bernal is playing Duran. I am a huge fan of Gael’s so that makes the project all the more exciting. It’s a terrific script and the makeups we will be doing on this one are the kind I do dream about. It’s a very challenging makeup show. It’s scary challenging. But then that’s part of what makes it a dream job.