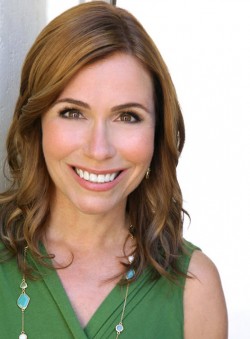 Jen Grisanti has a genuine love for story and a strong desire to help writers achieve their dreams. As a story/career consultant, writing instructor, and author with a wealth of  industry experience, she is able to help “creative talents see the business through the eyes of an executive.” J.G.

I was born in Buffalo, New York and raised in Whittier, California in a place called Friendly Hills. I went to USC and studied Communications and Cinema. After graduating college, I did several internships to build my resume. Then, I signed up with the Friedman Temp and Permanent Job Agency. Friedman placed me in the position that launched my career. I started as an assistant to Aaron Spelling. He was my mentor for the next twelve years as I climbed the corporate ladder and eventually ran Current Programming at Spelling Television Inc.

Are your services geared towards writers already working in TV/Film, amateurs trying to break in? Both?

My services are geared toward anyone that has the passion and desire to write. I work with writers at all levels. If you have an idea and a desire to execute it, I will work with you. Visit my website for the services and rates that I have available for writers: http://jengrisanticonsultancy.com/services/proposals/

In your experience, does there seem to be a certain quality that successful writers possess that separate them from the pack? Is it shear talent, confidence, resilience, business sense? Or, are some people just born with it?

One of the qualities that successful working writers possess that separate them from the rest is the belief that they will succeed. In order to believe, you have to do the work both on the page and inside. When you believe in your work and in yourself, things will open up. Another quality is commitment. The writers that I’ve had the most success with are committed to their writing goals. They put in the work to make them happen. With regards to talent, I would say that some people are born with it. However, with writing, if you put in the practice and commit to the journey, you can be very successful.

Were there any moments along your journey in which you decided Hollywood wasn’t the place for you? If so, what kept you from leaving or pursuing another line of work?

I would say that there have been moments when my spirit has been tested. However, I have never felt that Hollywood was not the place for me. I am very resilient. My love for story started from the time that I was a child. I love what I do. Working with writers on the development of story is my calling. There is no greater gift than helping to contribute to the growth of a dream.

In your recent webinar, you talked about how writers should be trying to pick up heat in order to get attention. Can you explain what you mean by this?

Yes, I will be happy to explain this. I encourage writers to see themselves as entrepreneurs. You create your own destiny. You create heat by doing everything you can to bring attention to your accomplishments. You can do this by entering writing programs and competitions. If you place, it creates attention. You can also create heat by making videos and putting them on YouTube or Funny or Die and many other websites. It is all about defining your brand and putting it out there so people are aware of you. Now, more than ever, the power is in your hands.

I’ve heard that these days people are more interested in seeing original pilots than spec scripts for existing shows. Do you agree with this, or is it still important to have a spec TV script for your portfolio?

As a former VP of Current Programming that helped staff over fifteen top primetime shows in my career, I would say that it is important to have both original pilots and specs in your writing portfolio. With a spec script, you show the showrunner that you know how to mimic a voice and write for someone else’s show. This is important.

With an original pilot, you show the showrunner your voice.

Some showrunners will read only original pilots while others will only read specs. There are a few that like to review both. You will increase your chances of being staffed by having both.

For someone interested in breaking into television, what do you recommend their portfolio include?

For someone interested in breaking into TV, I recommend that their portfolio includes the following;

2. One spec script that is no more than two years old of a show that is currently on TV.

As a writer, when (if ever) do you stand up for your writing and argue against someone’s notes or other pressures to change your work?

I never advise arguing against a note. A writer should listen to the note, process it and then if he/she feels that they cannot make the note then, they should have a one on one conversation with the person that gave the note and explain why they are struggling with it. Often, there is a note behind a note so it is always worth having the conversation. Communication is key.

What inspired your book “Story Line: Finding Gold In Your Life Story”?

STORY LINE was inspired by the idea of adding fiction to your truth in your writing and sharing my philosophy on how to structure your scripts in a way that will make them stand out.

When I opened my own business in 2008, I knew that I wanted to write a book at some point. I researched all the screenwriting books out there. There were no books written by someone with my perspective of being a Current Programming Executive for over a decade at two studios. So, I knew that for my book to stand apart from others, I needed to define my own voice when it comes to telling story. To do this, I got a bunch of Oscar nominated, Emmy nominated and Golden Globe nominated scripts. I extracted a common thread that made them all stand out. I knew that if I could get writers to access this thread, results would happen for them as it happened for others. This thread birthed my philosophy on story. It’s not just about writing a good script. It’s about how to write a great script. A key component into writing a great script is structure.

The next thing that inspired my book was the idea of adding fiction to your truth. When I was an executive, I was known for getting writers to reveal their truth in my writer meetings. Then, I would ask them if they’ve ever written scripts coming from their emotional truth. Suddenly, writers that I guided to do this were getting staffed, getting represented and selling their scripts. I knew that learning to add fiction to their truth was a contributing factor to this.

Lastly, I share two pivotal life moments in my own life as a way to illustrate to writers how they can add fiction to their truth in their writing as a way to make their scripts go from good to great.

I noticed you re-tweeted Patton Oswalt’s keynote address at Montreal’s Just for Laughs 2012. From your perspective, do you agree with Oswalt that the entertainment landscape is transforming and the “gatekeepers” need to adapt? If we are living in a “post-Louie world”, is this a good thing for writers/creators?

I do agree with what Oswalt said in his keynote address. I think that the gatekeepers need to adapt to how story is evolving. I think LOUIE is a strong example of this. The way to keep the landscape transforming is to allow storytellers more room to think outside the box and trust in their vision. The gatekeepers and the storytellers are all on the same team; everyone wants to find a show that works. It’s all about working together and helping an original vision get realized.